at the Indian Academy of Fine Arts Amritsar 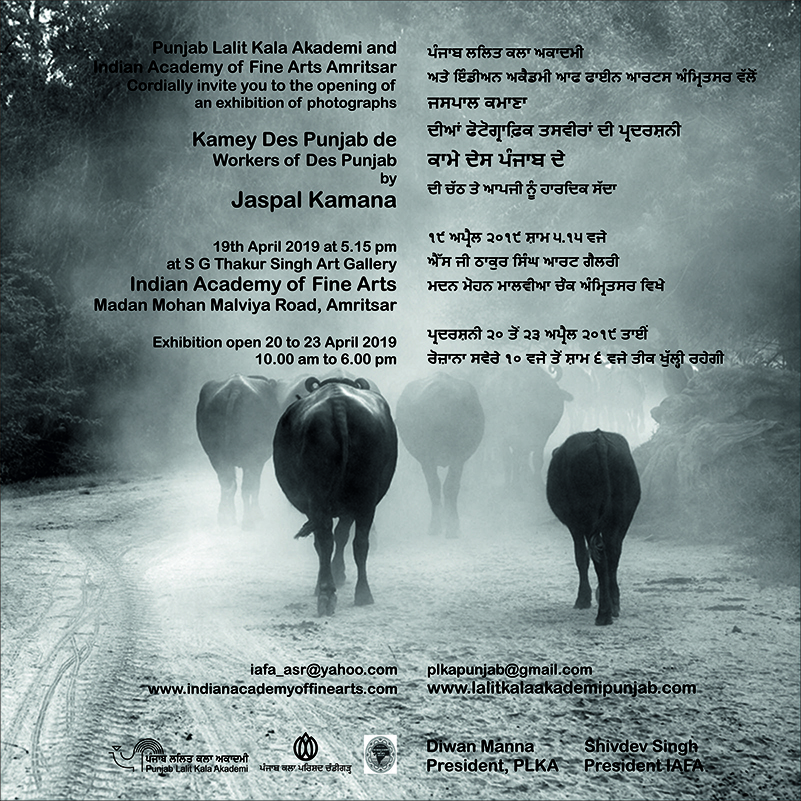 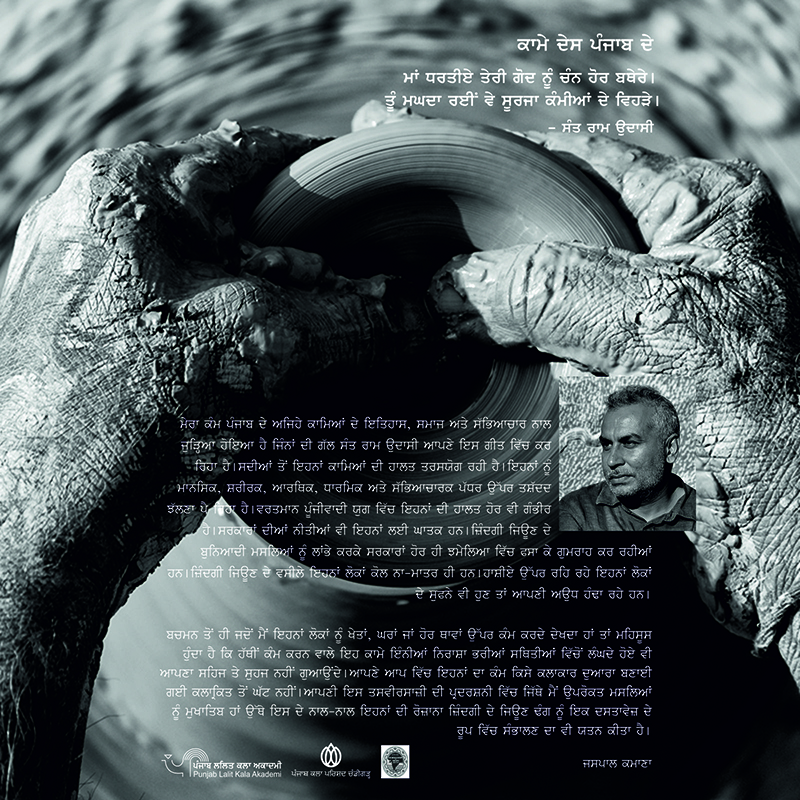 In order to provide an opportunity to showcase their art works, Punjab Lalit Kala Akademi had invited exhibition proposals from artists between the age group of 25 to 50 years from Punjab, India and abroad. Out of these six proposals were found to be worthy of giving solo exhibitions. Jaspal Kamana is one these selected artists whose work was shown at the prestigious art gallery at the premises of the Akademi in the capital city of Punjab.

The Akademi intends to generate a platform for exhibitions for realization of contemporary art projects in its different formats and forms to recognize excellence in Visual Art and discover genuine talent especially in Punjab. The exhibition is sought to go beyond all conventional barriers pushing the existing boundaries of art.

During this exhibition Jaspal exhibited his photographs from Punjab.

PHOTOGRAPHER and a teacher Jaspal Kamana is documenting various aspects of Punjabi culture, many of which are getting lost with time. Jaspal knows it is a race against time, to capture, chronicle and curate the many forgotten and fast disappearing elements of our lives, culture and society, as he travels different parts of Punjab with his camera. The trials and tribulations of the working class of rural Punjab captured in 110 black & white photographs and photographic installations were part of the exhibition ‘Workers of Des Punjab’, organised by the Punjab Lalit Kala Akademi.

‘There is abundance of moons, for your lap, Motherland,  keep on brightening the homes of the workers dear Sun’ – lines from a song by Sant Ram Udasi still resonate with Chandigarh-based Jaspal, whose work is related to the history, society and culture of these workers. It’s a passion project he has been pursing for almost 14 years, with a special focus on the Malwa region. The project strives to highlight the physical, psychological, economic, social, religious, cultural exploitation and oppression of these marginalised people. Jaspal’s photographs are a valuable archive of the Punjabi working class. In spite, of the many odds and hardships they face, they are not despondent. They are happy, have patience, celebrate life and its aesthetics, and he strongly feels their stories need to be told. Professionally, Jaspal teaches Punjabi and holds a Ph.D in Philosophy.

In the exhibition, which was divided into various sections Jaspal strived to document wheat cutters, farm labour sowing rice, labourers in brick kilns, oblivious to the heat and health hazards. He also focuses on potters, carpenters, women cutting grass for cattle, working with cow dung, collecting left-over grain once the crop is cut, to feed their families. Each face, expression, smile, has a story to tell. Government policies are their death knell. The resources for their livelihood keep on being stolen. Jaspal’s images depict the inequality in our society.

In one of the installations, along with photos of potters shaping clay, Jaspal uses diyas (earthen lamps) on the wall, the colour replaced by black soot. The photographer says, “Guru Nanak, Kabir, Sufi saints, created the landscape of Punjab with their sacrifices, hoping for a better life for its people, but these have gone in vain, as the condition of the workers has only worsened”. Through these archives and documentations, Jaspal attempts to raise pertinent issues facing rural Punjab and that may help make a difference in the lives of the subjects of his photographs.

The exhibition was later showcased at the Indian Academy of Fine Arts Amritsar.

By its very nature, every photograph is a documentary evidence of something real. But the genre labeled as ‘Documentary Photography’ forms a class in itself. It is one of the various approaches to the art of photography. And when the documentation is focused on society, its issues, the life and plight of deprived or destitute people so as to draw public attention to them, it becomes ‘Social Documentary Photography’.

In Great Britain and the US‘Social Documentary Photography’had taken roots as early as in the nineteenth century. And many a times it culminated into far-reaching social changes. The innumerable pictures of child labourers, and their miserable plight,clicked by the American Sociologist and photographer Lewis Wickes Hine (1874-1940) resulted into a law against child labour.

There is yet another role performed by social photography. The world, as all of us know, is changing at an unprecedented speed, documentation of this change becomes all the moresignificant.As the old life-styles cannot be preserved in freezersforever, a cameraman can document it honestly for the coming generations. Such images, with the passage of time, will become visual sources of history. But in such documentation work, there is always a danger of adopting a sentimental approach which must be avoided.

Recently, some young photographers of  Punjab have taken up the responsibility of documenting various traditional occupations of the region. The effort deserves all appreciation.  Photographer Jaspal Kamana is one of them. A college teacher by profession, he is passionately devoted to the art of photography. Having been active in this field for more than a decade, he has learnt to look at the world objectively. His pictures heighten the cognizance of people’s terrible working conditions. His approach is humanistic and he successfully conveys his message through the character’s body language, facial expression, and his/her surroundings. Tan Sei Hon, the Malaysian independent Curator aptly says: ‘By celebrating the worker, we also celebrate our own humanity which we sometimes forget exists under the weight of various job titles.’

Although colour photography is the fad of the day, Jaspal, in consonance with his subject matter shuns it, and opts for the monochromatic which has a charm of its own. It offers a soothing respite from the riot of colours all around us. His success as a photographer is already evident from his bagful of awards and honours. Not much needsto be said as his pictures speak for themselves. 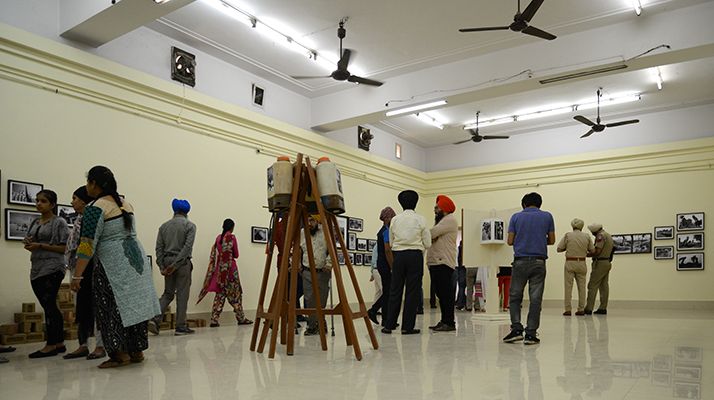 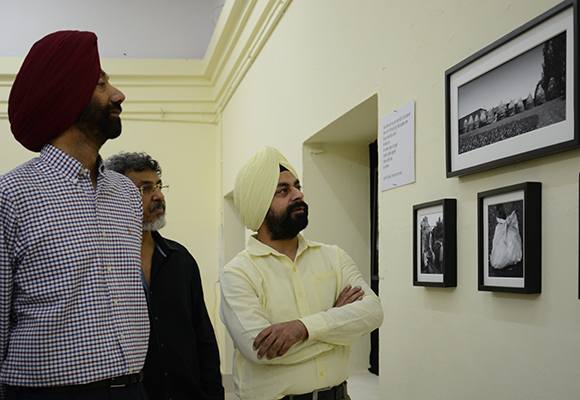 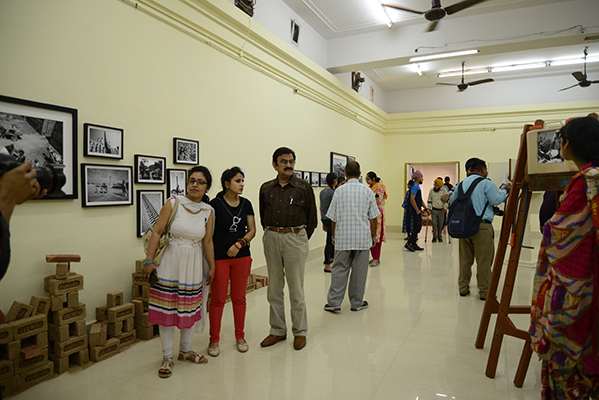 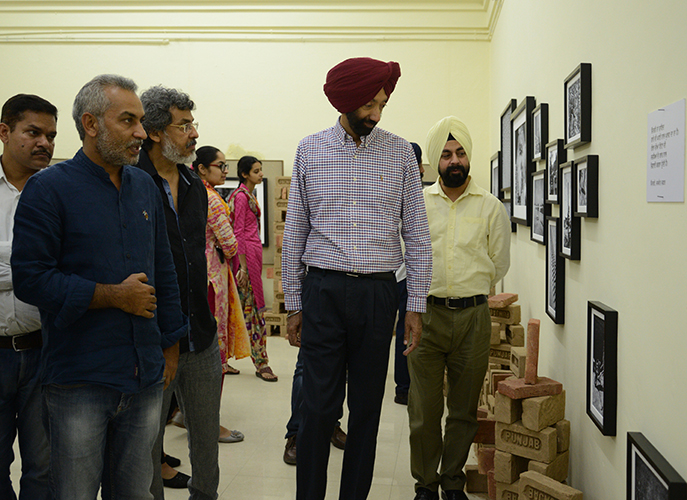 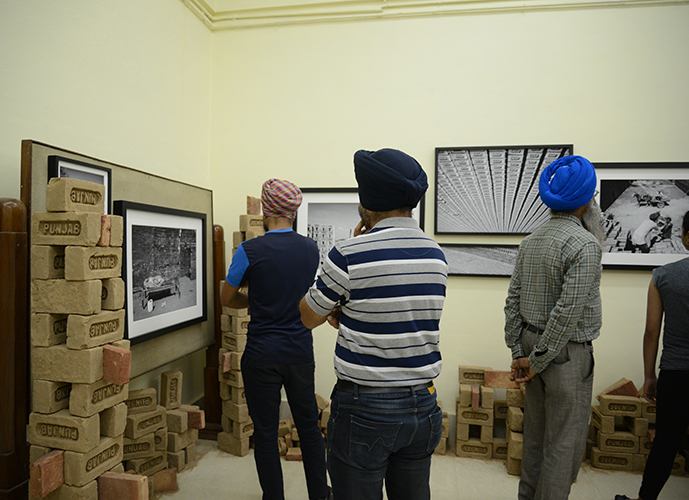 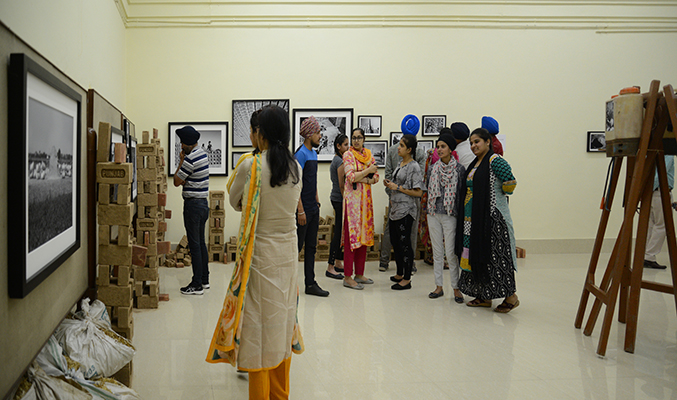 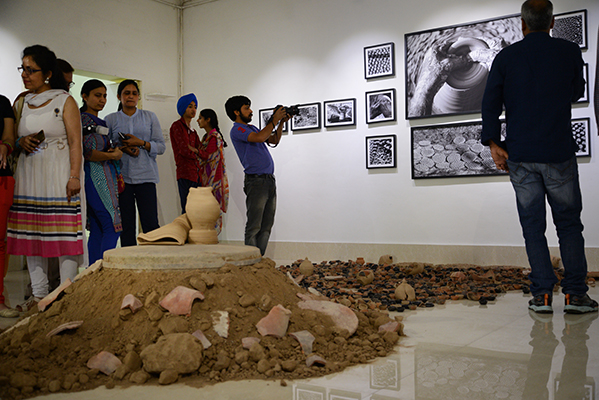 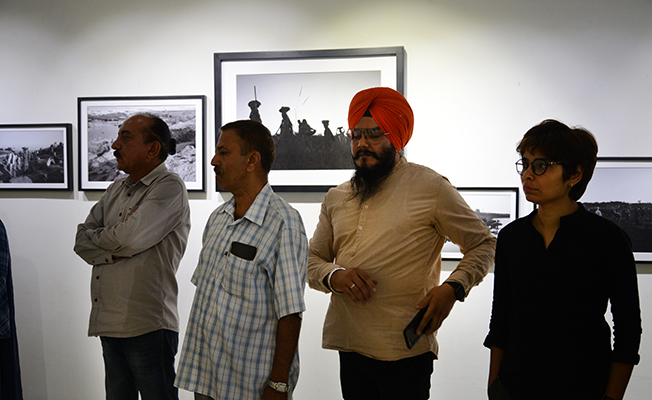 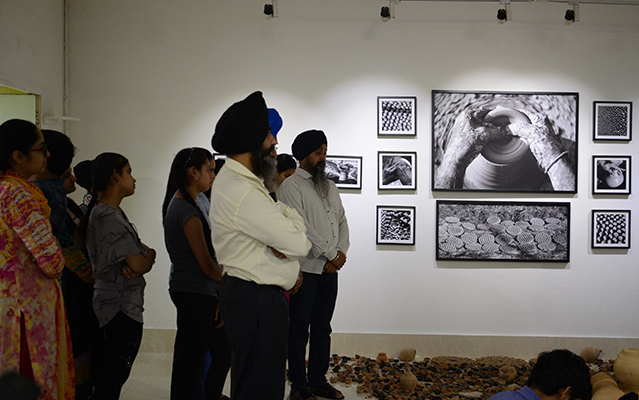 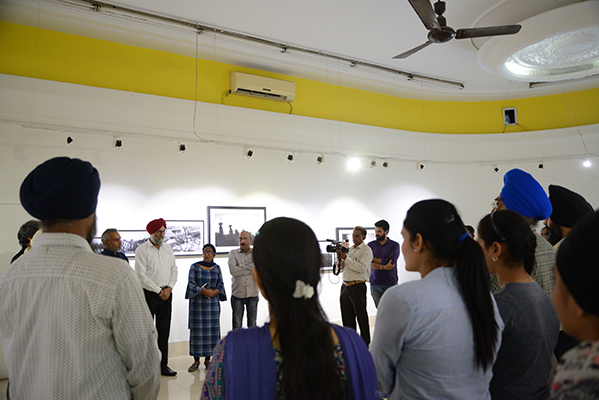 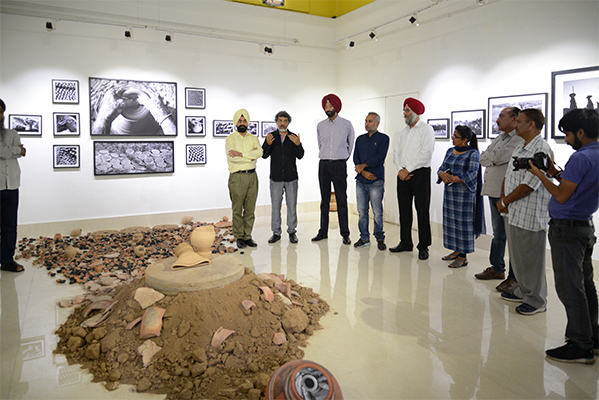 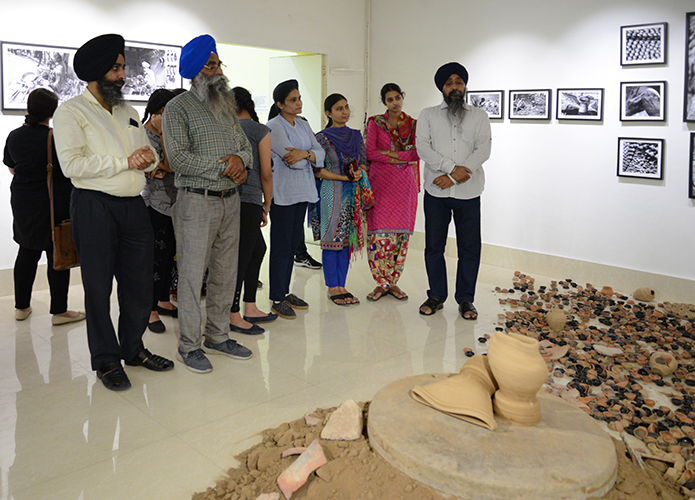 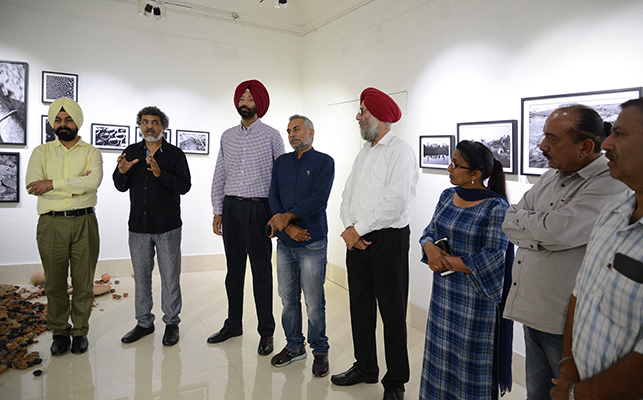 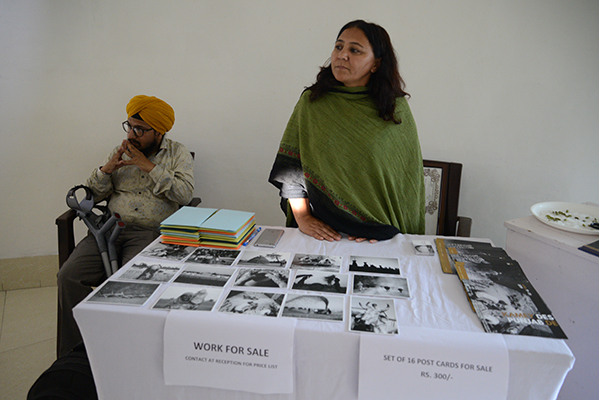